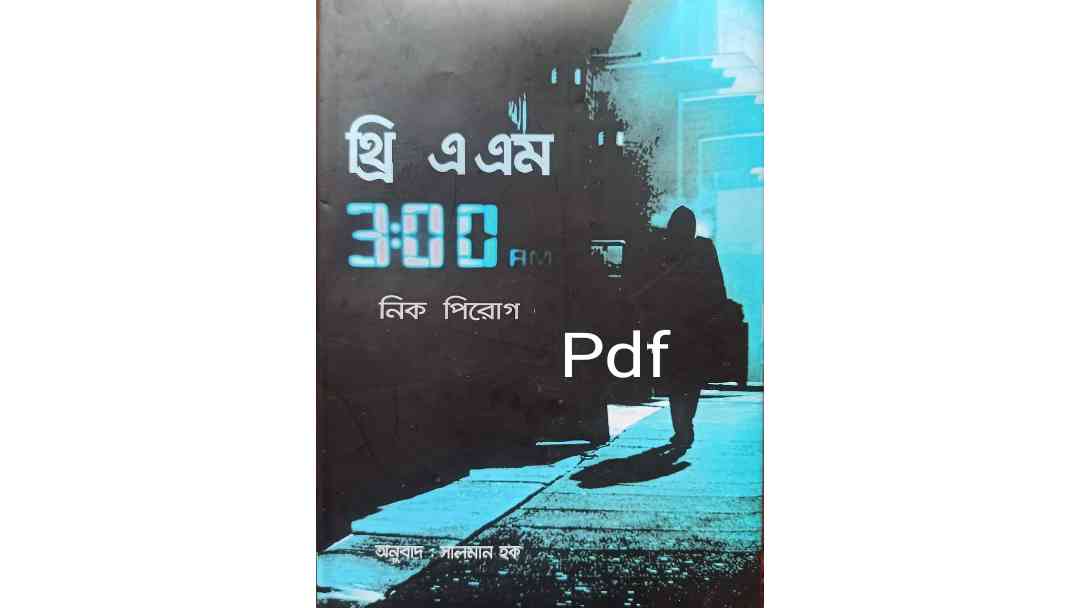 The story is actually excellent. It is better to say curious than not nice. If you want to give an adjective of 3M written by Nick Pirog, you have to be hesitant like this. The plot of the story is actually the main reason for this dilemma. Henry Beans, suffering from ‘Henry Beans’ disease, heard at four o’clock in the morning that the young woman in the house next to him was trembling.

Due to Henry Beans’ disease, it was not possible for Beans to hear or see the whole incident from afar. Before going to sleep at the last minute, he just saw the man coming out of the victim’s house, none other than the most powerful man in the world, the President of the United States himself.

Notice, I have repeatedly said that a man named Henry Beans is suffering from ‘Henry Beans’ disease. Nah, I’m not talking delirium. To understand the whole thing, of course, you have to read the book, before he gives me an idea about the disease ‘Henry Beans’. It is a disease in which the patient sleeps twenty-three hours a day and can only stay awake for one hour.

It was not at all easy for a patient suffering from such a rare disease to know whether the President of the United States was the murderer or not. But great curiosity and keen intelligence slowly led Henry Beans to the alley of this murder-mystery. In order to unravel this mystery, one by one he was introduced to Detective Ray, Detective Cal and President Connor Sullivan himself!

But all this has actually been washed away by the magic of Nick Pirog. What a story he has made !!! If anyone likes thrillers, this intensely twisted murder mystery is bound to please him. Just as the book begins with the suspension of the President of the United States in Murder, so in the suddenness of the incident, the author leaves a new twist for this murder on every page for the reader. What happened was that I thought of myself as Henry Beans throughout the novel, not Henry Beans.

This thought, of course, gave birth to regret on the last page, why is that? If you want to know, you have to read!