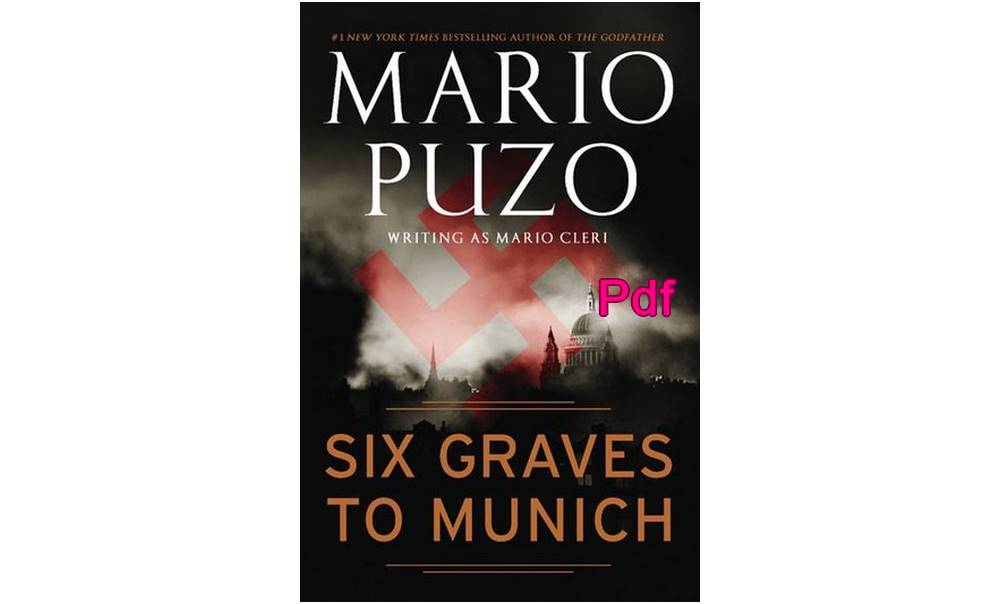 Introduction: –
It’s hard to find people who love to read and haven’t heard the name “Mario Pujo” or “The Godfather” written by him. ‘The Godfather’ must be at the beginning of the list of the best books of the century. And Mario Pujo will be immortal in world literature for this extraordinary composition.
Mario Pujo, an American writer of Italian descent, wrote Six Graves to Munich in 1986. He has written many novels, plays, short stories and screenplays. He has won Oscars for his screenplays, but people will always remember him as the author of “The Godfather”.

From that flap: –
Michael Rogan still shuddered when he closed his eyes. The sweet face of the wife floats in the mind, he hears the cries of the poor, sometimes he sees the face of their dead child …
… At the same time he sees the faces of the people who tortured him, in the form of death. But Michael Rogan, a spy captured by Nazi forces in World War II, survived.
But even if he knows how to survive, is there any way to escape from the memory of those horrible oppressors? Yes … they have to kill with their own hands.
And so Michael Rogan, on a new mission, assumed: It’s going to be the last mission of his life. But another victim of World War II, the German girl Rosalie, brought new love into the life of the man who was ready to die.
Life and love and death and revenge … which one will he choose? Can you choose at all? Or should he have been in the grip of fate?

Lesson Response: –
Mario Pujo’s early work was ‘Six Graves to Munich’, which he wrote under the pseudonym ‘Mario Cleary’. The book tells the story of the revenge of a former American spy as well as the story of humanitarian tension.
Michael Rogan, a former American spy who became known as a genius for code making and code breaking during World War II. But due to his own negligence, he and his wife were captured by the German Nazi forces. He was taken to the Munich Palace of Justice in Germany, where he was subjected to seven days of unspeakable torture by seven high-ranking officers. Roganero was supposed to die. But fortunately he survives, or it can be said that destiny saves him for revenge ….. and then, the game of revenge begins.
In the book, the author Mario Pujo highlights the horrors of war, love, love, change of human mind as well as human tension. When a man is blinded by the fire of revenge, everything else becomes worthless to him.
Although the book is not as extraordinary as Godfather, the experienced reader will find many things. The need for a story arose a few times, but nowhere was it described in an obscene way. Even then I would advise the kids to stay away. There is also some amount of violence in the book, so be mentally prepared while reading the book.
I don’t see the need to say much about translation. When the translator’s name is Fouad al-Fidah, there is nothing to say about the translation because everyone knows that his translation is the best.
Rodela, meanwhile, has made many typing mistakes, leaving her former notoriety intact. Although there is no problem in reading for these mistakes but the amount should have been further reduced. It doesn’t occur to me why they don’t have a headache here, despite being such a big publisher and publishing all the best books.